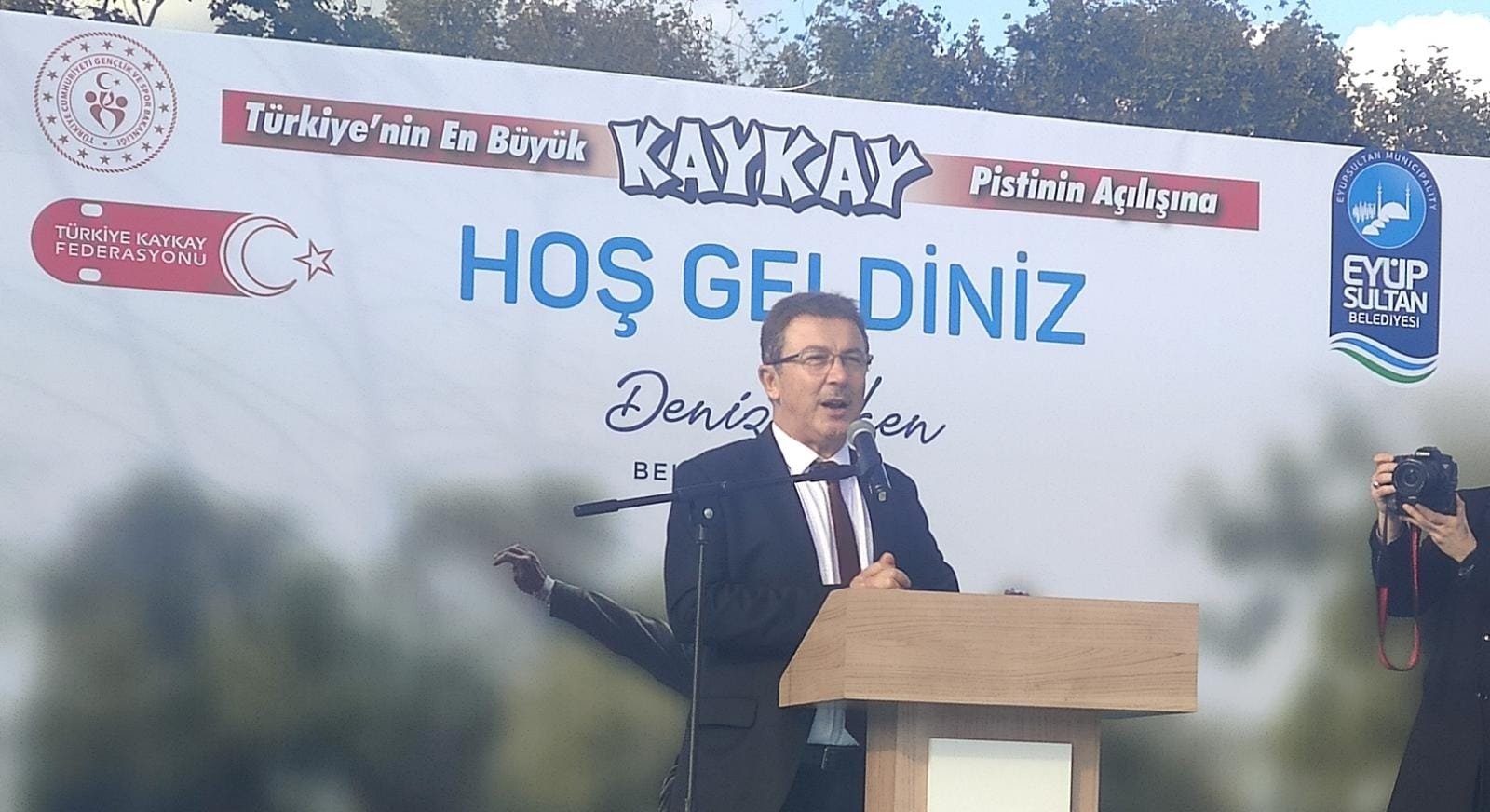 A photo shows Eyüpsultan Municipality Mayor, Deniz Köken giving a speech at the opening of the skatepark in Eyüpsultan, Istanbul, Turkey, Oct. 29, 2021. (Photo by DHA)
by Daily Sabah with DHA Oct 29, 2021 5:28 pm

A skatepark of Olympic standards encompassing an area of 1,385 square meters (14,908 square feet) was inaugurated in Alibeyköy Ottoman Park. Eyüpsultan Municipality Mayor Deniz Köken said, "We wanted this opening to coincide with Oct. 29 (the Republic Day), it was a meaningful opening."

The track is the biggest street discipline park designed in Turkey, where skateboarders can skate freely without taking their feet off the skateboard to accelerate.

Noting that the park was built after consulting with the Turkish Skateboarding Federation, Köken said, “We met with the federation and asked how it should be. We acted in compliance with the federation’s directives. They said, 'There is no such park in Istanbul, if there were, it would meet a great need.' We wanted to have a track of international standards, and today such a track has emerged. We would like to thank the young people who contributed."

Stating that they continue to provide such services based on the demands of the youth, Köken said, “We have brought 2 swimming pools, a gym and a skatepark,” and he also added, “Competitions will be held here tomorrow.”

Köken concluded by saying, “In the future, international competitions should take place here.”