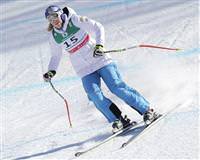 Alpine skiing is set to follow motor racing and golf by heading east, with China, Kazakhstan and Turkey among possible destinations, the sport's global Federation chief said on Thursday.

The skiing World Cup, which runs from November to March and like the Formula One circuit features races in different venues, has traditionally been concentrated in central Europe and North America but it will soon move further afield, International Ski Federation (FIS) president Gian Franco Kasper told Reuters.

"Kazakhstan want to have races, the Chinese of course want to have a World Cup event and there is no question we will have a lot of countries coming up," the Swiss Kasper said in an interview.

"There's a certain move to the East, the former Soviet Union and Asia. If they build up big resorts, they will have national teams and so on and they want to have World Cup races.

"I just had the Austrians saying that this is terrible for them, as they might lose some races, but if we are a worldwide sport we have to do this."

He added: "Turkey is a nation which is developing extremely fast. When we think about Turkey, we normally think about beaches but 80 per cent of the country is over 800 metres and they have a lot of snow."

However, he said a return to the days when South America hosted races in the European summer was unlikely.

"It's difficult. The interest in South America is relatively low and you cannot sell August races to television in Europe. The industry is opposed.

"The athletes are not opposed because they go down there to train, and they would like to combine with a World Cup event.

"The idea is still there but I would say the national ski associations cannot afford it."

Formula One has added venues such as India, Bahrain, Turkey and Abu Dhabi to the calendar while golf's European Tour has expanded to include events in Asia and soccer's World Cup will go to Russia in 2018 and Qatar four years later.

Kasper, speaking during the alpine skiing world championships, said the FIS was focused on the leisure skiers and that professional races were seen as a form of advertising for the sport.

"We look at our sport in a different way to other sporting federations," he said. "It's not the numbers of television viewers which matters to us, it's the number of active skiers."

He said that the move east reflected the leisure market where resorts have been multiplying in the east.

"As long as we have snow, what with global warming and so on, I think skiing will increase, particularly in the new countries.

"In the Eastern countries, at the moment they more or less open a new ski resort every day. There are a lot of investments going on there, it's amazing."

On the other hand, fears over global warming had slowed investment in the west, he said.

"There are some people, particularly the banks, that do not invest in skiing resorts. They are very reluctant because of this global warming.

"It's in their mind. For example it's difficult for a new cableway to get money for a bank because they think it's not a sure thing."

Kasper himself said he was not sure about climate change.

"In principal, we had a few lousy winters, but that always existed, that's nothing new.

"I always remember the church book in my resort in St Moritz. In 1500 or something, they wrote they had no snow at all until the end of March. This was excellent for the farmers, so you see it happened before."