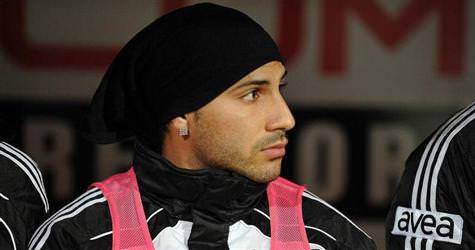 SABAH has acquired the details of the penalizations issued by Beşiktaş to their players who were thrown out of games of late for receiving red cards. Ferrari has received a 220,000 Euro fine, Quaresma, 187,000 Euros and Sivok will have to pay out 25,000 Euros.

Beşiktaş administrators met three days ago to discuss a report submitted by Technical Director Bernd Schuster on the aforementioned players. As a result Matteo Ferrari has been charged 220,000 Euros, Ricardo Quaresma 187,000 Euros and Tomas Sivok 25,000 Euros as a fine for their actions. Ferrari, who elbowed Diego Lugano during the 22nd week derby against Fenerbahçe, and received a red card for his actions which resulted in a three game penalty, has been issued the harshest fine. Having left his team with just ten players, Ferrari is deemed partially responsible for the loss against archrivals Fenerbahçe.
Quaresma is also being fined for intentionally kicking a player during the Europa Legaue game against Dinamo Kiev, in which Beşiktaş lost 4-1. Due to having received a red card, Quaresma was unable to play in the return leg game in Kiev.
WAITING FOR THE MANISASPOR GAME
In last weekend's game against Trabzonspor, Tomas Sivok received two pointless yellow cards within four minutes time and left his team with just ten players for the final 20 minutes of the game. During a press conference held following the Trabzonspor game, Schuster had stated; "These actions are not at all befitting of our experienced players such as Sivok, Ferrari and Quaresma." According to our sources, the club waited to issue fines on their players until after last night's match against Manisaspor, a game which ended in a 0-0 draw.