Fenerbahçe continues to beat everyone in their path 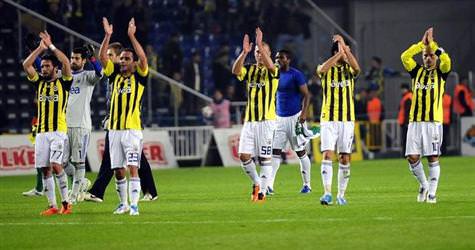 Fenerbahçe has created a nine-game winning series for themselves in the league.

With last night's 2-0 win against Konyaspor, Fenerbahçe has secured eight wins out of games played in the second half of the league. Last night's victory also marks the ninth win in a row in the league for Fenerbahçe, which have secured their position as leaders due to a higher average over strong contenders Trabzonspor in the race for the season championship. Now the wait begins for next week's game against Galatasaray in the new TT Arena.
Fenerbahçe's winning goals were scored by Niang and Semih.
EmreBelezoglu suffered an injury in the 80th minute and had to be taken out of the game. He is not expected to recover by next Friday's derby game against his former team Galatasaray as he is looking at at least 15 days off the field.