“They have learned their lessons” 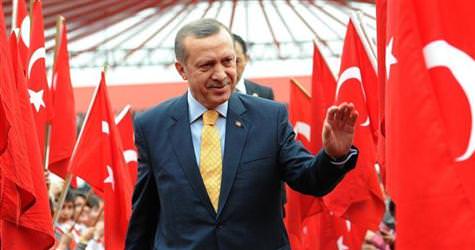 Finding time out of his extremely busy schedule, last night Prime Minister Erdoğan joined the TRT 1 show 1'e 1 as a very special guest. During the show, Erdoğan announced that investments have been made in establishing the infrastructure for athletics throughout the country and that clubs and federations are also doing their part.
Emphasizing that it is necessary to direct efforts at team's infrastructure, Prime Minister Erdoğan states, "When it comes to foreign football players, raising this number comes from a commercial viewpoint. It is not a perspective based on sports. We are not giving our youth grand opportunities. If we had to get our National Team together tomorrow, we could face problems. I don't think its right to have so many foreign players in the league. Our public should be watching our own young players. Every foreigner that plays in a team is cutting off opportunities for our own youth."
Emphasizing that in the past under Şenol Güneş's directorship the National Team won third in the world cup and under Fatih Terim's coaching they made it to the semi-finals in the European Championship and to the quarterfinals with Mustafa Denizli, Erdoğan states, "For some reason right now there is this increasing interest in foreigners." Drawing attention to the number of national technical directors currently at the top of the league, Erdoğan states, "there actually aren't many foreign technical directors left in the league. After a number of experiences, it appears they have learned their lessons." Also pointing out that countries like Brazil and Argentina are making the game a commercial endeavor and have reaped a significant income from exporting footballers, Erdoğan states "There are football fields on every street in brazil. Girls, boys, they all play. If we as a country that also loves football create the infrastructure for fields, then the generations to come will have it easier. We will do whatever necessary to set up the infrastructure. The Football Federation needs to use Argentina and Brazil as an example and to begin some serious work."
WE NEED TO INVEST IN THE YOUTH
Prime Minister Erdoğan also delivered a message to club chairmen and administrators, "Clubs need to also do their share. The administration has no trust in our youth. They need to invest in them and then they will see results."