Life stops as the giants collide 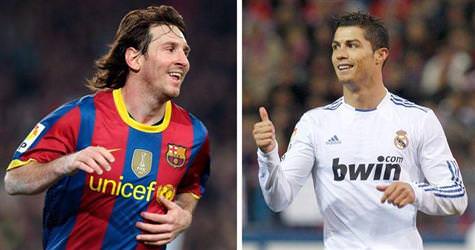 With four dates in the next 18 days, Real Madrid and Barcelona begin the first round tonight at 23:00 for an ‘El Clasico’ to be played at Santiageo Barnabeu.

The longing is over and the excitement takes over tonight! Real Madrid hosts an El Clasico derby tonight at Santiago Bernabeu against Barcelona at 23:00.
The first half of the season's derby, which took place at Camp Nou had leaders Barcelona beating their archrivals by 5-0. Tonight, Barcelona comes out to Madrid with an eight point lead in the league.
After tonight's league faceoff, the two teams meet once again on Wednesday for the Spanish King's Cup followed by two more matches for the Champion's League all to be played within the next 18 days. Tonight's game alone is anticipated to rake in at least 400 million viewers.
While under Gardiola's management, Barcelona has won the last four games played between the two teams in the league, whereas in the history of El Clasicos played, Real Madrid retains superiority.
REAL MADRID IS UP BY FIVE
Between the 161 games played between the two teams in the La Liga, Real Madrid has won 68 while Barcelona has won 63. Thirty games have ended in draws. Out of the 161 league games played, Real Madrid has scored 262 times while Barcelona has 251 goals.
Tonight's El Clasico kicks off at 23:00 and will be broadcasted live on NTV.