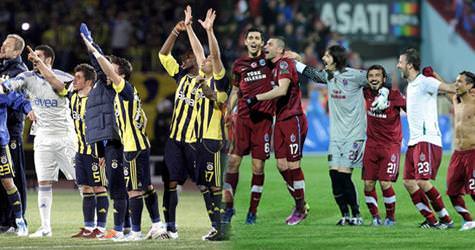 Saturday night archrivals Beşiktaş and Galatasaray face off for the final derby in the 2010-2011 season.

The game kicks off tonight at 19:00 in the Fiyapı İnönü Stadium and will be refereed by Yunus Yıldırım.
Having experienced their worst season in 30 years, at 44 points and in fifth place, Beşiktaş faces off against Galatasaray, which has displayed their absolutely worst performance ever this season at 37 points and in 12th place. Needless to say, Saturday night, both teams will be playing for a derby win, solely for prestige and to gift a win to their fans.
While on Beşiktaş; Ferrari, Almeida, Ernst, Nobre and Nihat Kahveci remain injured, Necip Uysal, will also be absent in tonight's game due to a card penalty. Bobo, who has recently recovered from an injury, is intending to don a uniform tonight.
As for Galatasaray, injured players Yekta Kurtuluş, Neill and Kewell as well as Sabri Sarıoğlu, who is at the yellow card limit, will not be playing in tonight's derby. Whether or not Stancu, who is also harboring an injury, will play has yet to be determined.
The probable line-up for tonight's contenders is as follows:
Beşiktaş: Rüştü Reçber, Ekrem Dağ, Sivok, İbrahim Toraman, İsmail Köybaşı, Aurelio, Fernandes, Quaresma, Simao, Guti, Bobo.
Galatasaray: Zapata, Serkan Kurtuluş, Servet Çetin, Gökhan Zan, Insua, Ayhan Akman, Cana, Culio, Kazım Kazım, Arda Turan, Baros