Three steps left to the championship… 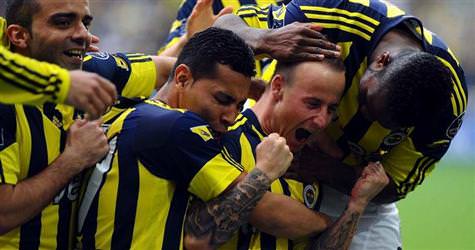 Hosting Istanbul Büyükşehir Belediyespor to a loss last night, Fenerbahçe won 2-0 to continue on their path to the championship. Stoch and Alex scored Fenerbahce’s goals last night, bringing the current league leaders even closer to the title.

With remaining matches lined up against Karabükspor, Ankaragücü and Sivasspor, Fenerbahçe is well on their way to become champions of the Spor Toto Super League. Although Fenerbahçe holds the same points as Trabzonspor in the league standings, should Fenerbahçe, the current leaders with an average above their closely following rivals, win each of the three games ahead, they will surely be announcing their championship.

Trabzonspor, the league's other sole contenders, continues to follow Fenerbahce's league lead with averages and last night scored a 3-0 win with goals by Burak, twice, and Pawel Brozek against Gaziantepspor.