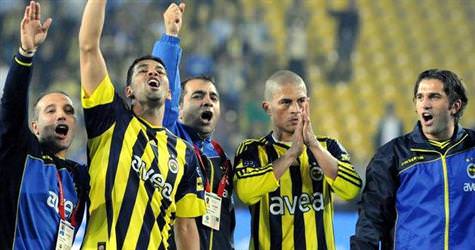 In the past 17 games played, Fenerbahçe has managed to rack up 49 points and only let two points go. Meanwhile, Fenerbahçe have yet to have even a single goal scored against them in their home stadium in the second half of the league. Championship contenders Fenerbahçe head to Sivasspor for next week's final game of the season.
Trabzonspor takes it to the end…
By beating Istanbul Büyükşehir Belediyespor by 3-1 last night, Trabzonspor has taken their chance of winning the championship to the final week. With the same points, Fenerbahçe leads in averages, however should they suffer a drawback next week, Trabzonspor could take the title. Receiving a yellow card, pushing him into penalized status, Burak Yılmaz and red card recipient Mustafa Yumlu will be absent from Trabzonspor's final league game this season against Karabükspor.