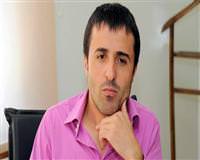 A former Turkish soccer referee who says he was forced out of the football federation two years ago because of his homosexuality pleaded to be reinstated at an Istanbul court on Tuesday.

Halil Ibrahim Dinçdağ, 35, has accused the Turkish Football Federation of passing documents to the media showing he was exempted from compulsory military service because of his sexual orientation, which in turn led to death threats.

The case is being closely followed by rights groups and has attracted much attention in Turkey, where homosexuals are excluded from the military, although many hide their sexuality and complete military service due to fears of social prejudice.

"I have been unable to find a job since my name hit the headlines. I have received threats, and have lost hope of earning my own living," Dinçdağ told Reuters.

Dinçdağ, who served as referee for 14 years for Turkey's second-tier league, told the court his right to work and to privacy had been violated, and demanded his job back, along with 110,000 Turkish lira ($69,000) compensation.

The Turkish football federation declined to comment but has said that referees must have completed military service or have been exempted for reasons unrelated to health.

"The real reason behind the federation's decision is my sexual orientation" Dinçdağ said.

The court hearing was adjourned until October 20.

European Union candidate Turkey has been slammed for its poor record on gay rights by activists and the bloc itself.

In a May report, Human Rights Watch urged Turkey to urgently change laws to protect lesbian, gay, bisexual, and transgender people from harassment and violence against them.