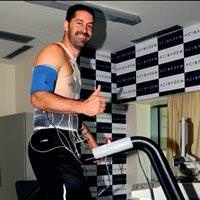 "He has been a good servant to the club and I would like to wish him all the best for the future as he looks to broaden his experience by playing in a foreign country," manager Roy Hodgson told West Brom's website on Saturday.

Carson, 25, made 118 appearances in three years with the Premier League club. He has played three times for England, his most recent appearance coming in 2008.