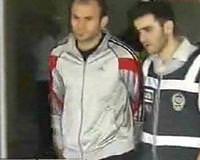 Turkey's soccer establishment was left reeling on Monday by the detention of almost 60 people, including the chairman of champions Fenerbahçe, in a major match-fixing investigation.

Police launched raids in 15 provinces across Turkey on Sunday morning, searching club premises and detaining first division club players and administrators in connection with the allegations.

"If even 5 percent of these allegations prove right, it's very grave for Turkish sports. I hope that all this will result in a cleansing," said Huseyin Celik, deputy chairman of the ruling AK Party.

News of the detentions sent shares in the affected clubs tumbling on the Istanbul Stock Exchange on Monday morning. Shares in Fenerbahce , whose chairman Aziz Yildirim was among those taken away by police, dropped 10 percent.

Fenerbahce said in a statement it had not been involved in any wrongdoing and expressed its faith in the justice system.

"Everyone should know that Fenerbahce Sports Club has never been and will never be engaged in any unlawful and illegal activity. We are proud of our clean and victorious past," the club said on its website (www.fenerbahce.org/eng/).

News channels reported that among matches being investigated were two Fenerbahce games, both of which they won against Eskisehirspor and Sivasspor last season.

Fifty people were detained on Sunday and another eight on Monday.

"Match-fixing earthquake in football," said a banner headline in a Turkish newspaper alongside a photograph of Yildirim being led away by police.

Yildirim was taken to hospital on Monday but the reason was not immediately clear. He was released several hours later and returned to police custody. Two Fenerbahce players and two board members have also been detained.

The Turkish Football Federation said it closely monitored the developments regarding the wide-scale investigation, adding that necessary statements would be delivered once accurate information was obtained from relevant authorities.

"The judiciary made a decision and started the operation. I hope there won't be any troubling consequences," Turkey's Prime Minister Tayyip Erdogan said on Sunday in his first comments on the matter.

Other political leaders put a positive spin on the affair.

If a court case is opened and defendants are convicted, they could face jail sentences while the relegation of teams could also be an option.