Reaction from managers and coaches to World Cup draw 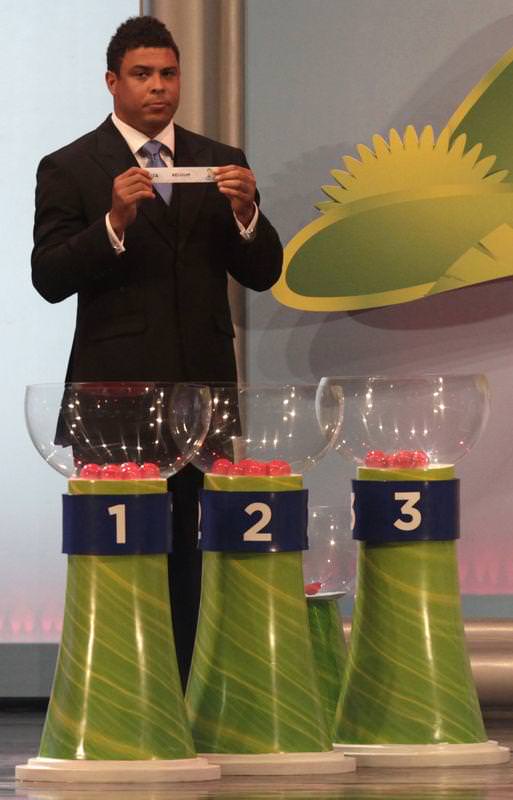 "It's very interesting for our players to play against Ireland. They must be motivated and focussed, Ireland is a team that are in such good shape, they have some interesting players that can make things difficult, but I prefer to play in this atmosphere.

"Sweden and Ireland are the toughest opponents, but beatable."

Dietmar Constantini, the coach of Austria who face the Germans said: "Everything has to be absolutely perfect to stand any chance of beating Germany, the third ranked team in the world. In fact though, for the Austrian people, beating Germany is probably more important than reaching the finals themselves."

Brazil coach Mano Menezes, whose team have qualified automatically as hosts and who was at the draw as an observer said: "Naturally our task is to prepare a team as strong as possible to meet whatever countries qualify to come here.

"Everyone who has a chance can make it, as long as they do not play under their own standards."

Lothar Matthaeus, former World Cup winner with Germany and now Bulgaria's coach whose team face Italy, Denmark and the Czech Republic among others.

"I think we have a very difficult group, but football is always like this. I'm satisfied to have good teams in our group, such as Italy who are clearly the favourites."

England coach Fabio Capello, who was in Rio for the draw, but will have left the position by the time the qualifiers start: "I think England need to be careful ... Moldova will be easy again, but Ukraine, Poland and Montenegro will be not so easy to beat."

Serbia coach Vladimir Petrovic, whose side will face Croatia, Belgium, Scotland, Macedonia and Wales: "I think that our group is one of the hardest groups and all games will be very very tough and strong.

"It will be a strong competition. Scotland have very good qualities, they are a good passing team and I belive they will be a very hard opponent.

"Croatia are the top seeds and must be favourites, but Scotland and Belgium also have chance to finish in the first positions."

Dutch coach Bert van Marwijk, who will face Turkey, Hungary, Romania, Estonia and Andorra: "It's a bit strange to find myself here at this moment when we are in the middle of the Euro 2012 qualifiers -- after that then I'll have time to think about what happened here.

"But it's a difficult draw. You can't change the draw, you have to beat all your opponents, that's it."

He added that Brazil's quest for a sixth World Cup would get a big boost from playing at home.

"Brazil are the best football nation ever, they have won the World Cup five times, everybody here supports them, they have 190 million people, they have so many good players.

"I think they will organise the World Cup very well, it's a country that breathes football and I like it."

The Dutch held Brazil to a 0-0 draw in a friendly in Goiania in June, the teams' first meeting since the Dutch beat them 2-1 in their 2010 World Cup quarter-final.