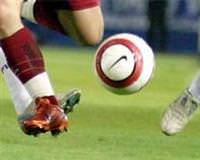 Representing Turkey in the UEFA Europa League, Beşiktaş, Trabzonspor and Bursaspor, play their first leg of games in the play-off round tonight.

Tonight's match in the San Mames Stadium kicks off at 22:00 and will be overseen by Italian referee Daniele Orsato.
Bursaspor hosts Belgium's Anderlecht at the Bursa Atatürk Stadium for a 21:00 kick-off. The game will be refereed by Czech referee Libor Kovariç.

The return leg for tonight's play-off starters will be played on August 25th. The teams that pass this round will have qualified to participate in the group stage.
The UEFA Europa League group drawing will be held in Monaco on Friday, August 26th.