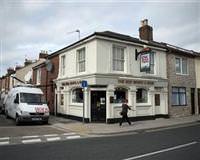 Europe's highest court has opened the way for sports fans to watch live matches through foreign TV services, throwing in to doubt the value of highly sought-after and lucrative broadcast rights.

The legal ruling, which will have huge ramifications for the way rights are sold, was sparked by English pub landlady Karen Murphy who was fined for screening live English Premier League matches via a Greek pay-TV decoder.

In response, the court ruled that the sale of rights on a country-by-country basis breached EU law.

"National legislation which prohibits the import, sale or use of foreign decoder cards is contrary to the freedom to provide services and cannot be justified," it said.

The ruling potentially throws in to question the value of rights bought by Britain's BSkyB, which owns the majority of live rights for Premier League matches, and other European broadcasters such as Sky Deutschland.

However many lawyers and analysts said the ruling would simply spark a scramble by rights holders such as the Premier League to come up with a new system, and one that could even cost sports fans more dearly in the future.

"The ruling strikes at the heart of the business model that many an industry is built on, particularly the broadcasting and entertainment industries," said Tom Scourfield, a partner at CMS Cameron McKenna specialising in IP and media law.

"If the business model must change, so sports and content licensing will also evolve. If the legislation is interpreted in such a way that requires a single deal for the European Union, that may mean prices even rise overall, rather than fall."

Ashurst partner Dominic Batchelor said broadcast rights were so lucrative that rights holders were bound to seek other ways to maintain their revenues.

"This decision may even be an own-goal for fans if the cost of watching broadcasts becomes fixed at the highest price attainable in the whole of the EU," he said.

Murphy said she had pursued the case because there was no choice in Britain over how to secure live Premier League matches and her lawyer Paul Dixon told Reuters the ruling should introduce greater competition into the market place.

However while the ruling appears to allow residential customers to use foreign pay-TV cards, it may be more complicated for pubs and clubs, which it said have to consider copyright law.

It said the Premier League did not own the copyright to matches but said it did own copyright to the graphics, anthem and video clips that run before games.

A pub could potentially get around this issue by not showing the opening sequence. However Liberum financial analyst Ian Whittaker noted that the Premier League could embed more 'copyrighted' material such as graphics or logos in to matches to complicate the issue.

The Premier League said in a statement that only BSkyB and ESPN were authorised to broadcast the matches and said it would sell its rights in a way that best meet the needs of fans across Europe.

Sky said it would continue to secure high-quality content for its customers, based on the rights available.

BSkyB owns nearly all the live rights to broadcast English Premier League soccer and the League has been keen to clamp down on the numerous pubs around Britain which show matches via foreign services instead.

BSkyB and ESPN paid a combined 1.78 billion pounds ($2.75 billion) for the British broadcast rights for a three-year deal starting in 2010. International rights raised over a billion pounds, with Europe contributing around 300 million pounds.

Shares in BSkyB closed down 2.7 percent, broadly in line with the FTSE 100 Index.

Whittaker said the issue would hang over Sky until it was fully resolved, noting that the broadcast of matches in pubs and commercial venues was a high margin business. However it was not clear how many customers would want to drop their Sky contract for a foreign supplier.

The London High Court will now decide how to apply the ruling in Murphy's case.