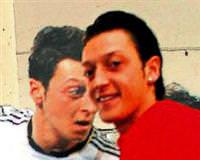 The largely predictable Euro 2012 qualifying tournament could throw up real late drama on Tuesday with France and Portugal and Turkey and Belgium involved in make-or-break matches.

The largely predictable Euro 2012 qualifying tournament could throw up real late drama on Tuesday with both France and Portugal and Turkey and Belgium involved in make-or-break matches.

France host Bosnia in a game which will send one of the teams to Poland and Ukraine and condemn the other to trying their luck in a two-legged playoff next month.

Denmark and Portugal will be playing for a direct spot at next year's tournament when they meet in Copenhagen, with the visitors at risk of missing out altogether if they lose.

Turkey plays Azerbaijan, which have placed second to bottom of Group A, for a chance to compete in the play-off league. Belgium, while one point ahead of Turkey in the group plays Germany whom have yet to concede a game and harbor no intentions to do so.

There have been precious few such matches in the marathon nine-group qualifying competition, which has consisted largely of embarrassingly easy wins for the top teams.

Germany, Italy, England, Spain and Netherlands have all qualified, joining co-hosts Poland and Ukraine, without losing a match between them.

UEFA president Michel Platini has expressed concern for the future of international football although he does not see the Euro qualifying tournament as the problem, saying the small nations have a right to meet the top sides.

However, he will take little comfort for Tuesday's programme where 27 of the 44 teams in action have nothing to play for apart from pride and nine of the 22 matches are effectively dead rubbers.

Five more teams -- the final four group winners and the best runners-up -- will ensure their places on Tuesday while the other eight second-placed sides will go into the playoffs to decide the last four qualifiers.

The most attractive fixture pits Denmark and Portugal, level on 16 points at the top of Group H.

One point would be enough for Portugal, who have won their last five games in the group, thanks to their better head-to-head record.

However, while Denmark are assured of a top-two finish, defeat for Portugal could lead to them being overtaken by Norway, who face Cyprus and are three points behind, and missing out on the playoffs as well.

"I don't plan draws or wins," said coach Paulo Bento after Friday's 5-3 win over Iceland. "One or three points will give us top spot and we're going to Denmark to win."

France, one point ahead of Bosnia at the top of Group D, need a draw in Paris to qualify but can take nothing for granted against a team who earlier this year were on the point of being kicked out of the competition due to a political dispute in the federation.

Since losing 3-0 in Romania in June, Bosnia have bounced back with four wins in a row and no goals conceded.

The team who miss out will have the consolation of finishing second and a playoff spot.

Russia face what should be a formality to qualify, needing a point at home to Andorra to top Group B, and are leaving Ireland and Armenia to fight for second spot in Dublin.

The Irish, one point ahead of their opponents, need a draw.

Group F leaders Greece also require a draw in Georgia to qualify, otherwise Croatia could pip them by beating Latvia at home.

Greece and Croatia are already sure of at least a playoff place.

Scotland and Belgium need to end the 100 percent records of Spain and Germany respectively to take second spot in their groups.

Scotland's 1-0 win over Liechtenstein on Saturday took them second in Group I but they have only a one-point advantage over Czech Republic, who visit eliminated Lithuania.

Even one point against the rampant world and European champions appears a tall order for Scotland, who have not qualified since 1996.

Belgium are one point clear of Turkey in Group A but need to win in Germany to have any realistic chance of finishing above Guus Hiddink's team.

The Turks have the bonus of hosting an Azerbaijan side who have conceded 15 goals in losing their four away games.

Estonia, who have completed their matches attempting to qualify for their first major tournament, will have a nervous wait to see if they can hold on to second place in Group C as Serbia can still pip them with a win in Slovenia.