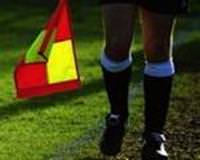 France grabbed a place at Euro 2012 after a late Samir Nasri penalty salvaged a 1-1 draw at home to Bosnia on Tuesday while Denmark also qualified for the finals by beating Portugal 2-1.

Russia made sure of their ticket for the tournament by thrashing Andorra 6-0 and Euro 2004 winners Greece topped their group to qualify with a 2-1 win in Georgia.

Sweden's 3-2 victory over Netherlands meant they also went through as the best of the runners-up in the nine groups. Their win ended a 100 percent record for the Dutch in the section.

Bosnia, who have never qualified for a major tournament, finished second behind France in Group D and will play off over two legs for a place in Poland and Ukraine.

Edin Dzeko had given Bosnia, who needed a win to steal top spot from the French, the lead just before halftime.

The other playoff teams will be Estonia and Montenegro -- two more potential Euro newcomers -- along with Croatia, Portugal, Ireland, Czech Republic and Turkey.

The draw for the playoffs will be made in Krakow on Thursday.

Spain, England, Germany, Netherlands and Italy had already qualified along with co-hosts Poland and Ukraine.