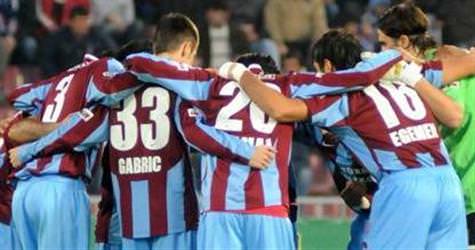 * Napoli are unbeaten in their last six European home games and have not conceded a goal in any of those games.
* Napoli have lost their last four games against German teams and have not recorded a victory against a German side since their 2-1 first leg win over VfB Stuttgart in the 1989 UEFA Cup final.
* Bayern have won all their four CL matches this season, including two in the play-off round, without conceding a goal. They have kept clean sheets in six of their last seven European games.
* Bayern have lost four of their last six CL games against Italian teams.

MANCHESTER CITY v VILLARREAL
Head-to-head record - no matches
* City are still awaiting a first ever victory in Europe's premier club competition. This season marks their CL debut and they fell to Fenerbahçe in the first round of their only season in the European Cup in 1968-69.
* City's first European victory was a 3-0 home win over Athletic Bilbao in the 1969-70 Cup Winners Cup. They have never beaten a Spanish club since in three further meetings, the last a 3-1 defeat to Racing Santander in the UEFA Cup three seasons ago.
* Villarreal have lost their last three CL matches and have only recorded one victory in the last nine.
* Villarreal have never beaten an English team in eight CL meetings and have failed to score in seven of those, netting just one goal in a 1-1 home draw with Arsenal in the 2009 quarter-finals.

CSKA MOSCOW v TRABZONSPOR
Head-to-head record - no matches
* Only two teams -- Barcelona (7) and Basel (5) – have scored more goals than CSKA (4) in this season's competition but they find themselves bottom of their group without a win.
* CSKA have used only 14 players in the CL this season, fewer than any other team except Lille and Bayer Leverkusen, who have also used 14.
* Trabzonspor, surprise group leaders in their CL debut season, have never met a Russian club before.
* Apart from a 2-2 home draw with Osasuna five years ago in the UEFA Cup, Trabzonspor have not scored more than one goal in any of their last 16 European matches.

LILLE v INTER MILAN
Head-to-head record - no matches
* Lille have won just two of their last 10 European games and are without a victory in their last four in the CL.
* Lille have a good record against Italian clubs with five wins and only two defeats in eight matches. In their only CL games against an Italian club five seasons ago, they drew 0-0 at home with Inter's city neighbours AC Milan and then went on beat them 2-0 away.
* The match will be Inter's 100th in the CL, making them only the 11th club to reach the century mark.
* Inter have failed to win any of their last six matches against French clubs and have not scored in the last three. They have yet to win a CL game against French opposition.

OTELUL GALATI v MANCHESTER UNITED
Head-to-head record - no matches
* Otelul, seeking their first CL points, have scored only two goals in their last six European matches.
* Otelul have never played an English club. Their only previous home game against a club from the "Big Five" resulted in a 1-0 win over Juventus in Otelul's first European match in the 1988-89 UEFA Cup.
* United have conceded just one goal in their last seven CL away games. They won 2-1 against Dinamo Bucharest in their only previous game in Romania in the CL qualifying round seven years ago.
* It is only the second time United have failed to record a victory in their opening two CL group games. On the previous occasion in 1998-99, they followed two opening draws by winning 6-2 away to Brondby.

BASEL v BENFICA
Head-to-head record - no matches
* Basel have failed to score in just one of their last 18 European games. Over the past three seasons, Basel have scored 55 goals in 26 European matches, an average of more than two per game.
* Basel have failed to score in five of their previous six games against Portuguese clubs and lost two of three games at home, both to Benfica's local rivals Sporting Lisbon.
* Benfica have never lost to a Swiss club and have drawn both of their previous away games in Switzerland, the last a 1-1 draw with Zurich almost 29 years ago in the UEFA Cup.
* Benfica are unbeaten in their last six European games and have been defeated only once in the last 14.