No victors in İnönü duello 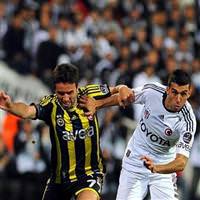 The first derby of the Super League season was the stage for an excellent struggle between two archrivals; one hosting the game, and the other aiming to maintain their league leadership status.

In an attempt to secure three-points from a win, Beşiktaş took the lead with two goals by Portuguese players Simao and Almeida. However Fenerbahce's Brazilians, Alex and Cristian scored the equalizers and secured one point from a draw in the ever-so-daunting İnönü Stadium.
The day prior to the highly anticipated derby, an announcement was released stating that visiting team Fenerbahce's fans would not be allowed in the stadium. However, at the time of the announcement, 1,600 tickets allocated for Fenerbahçe supporters had already sold out. When fans arrived to İnönü at 19:00, the police did not let them enter, however somehow the doors were opened after the game started and in ensuing chaos, Fenerbahçe fans began climbing up the walls to secure spots in the stands, forcing the referee to momentarily stop the game due to the commotion.
Results from games played last night:
Beşiktaş: 2 – Fenerbahçe: 2
Gençlerbirliği: 1 – Kayserispor: 0
Manisaspor: 2 – Ankaragücü: 0
Sivasspor: 1 - Mersin Idmanyurdu: 0