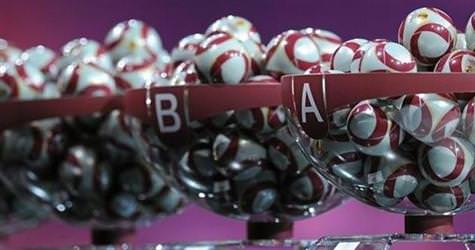 The rivals our two representatives will be competing against in the UEFA Europa League will be determined in today’s drawing.

Today's drawing for the pair-offs in the second round of the UEFA Europa League will be held today at the UEFA's General Headquarters in Nyon.
Beşiktaş has earned the right to continue on in the last 32, through finishing off first with 12 points in Group E. Trabzonspor on the other hand has earned the right to take part in the second round drawing for the Europa League due to coming in third in Group B with seven points for the Champions League.

Beşiktaş is included in the first bag to be drawn and will be paired with either the three teams with the lowest points to finish third in the Champion League or against the teams to finish in second place out of the 11 groups which played for the Europa League.
Beşiktaş will not be paired with either Trabzonspor or Stoke City, which they played against in Group E.
1st Bag (Trabzonspor's possible rivals):