A new eagle arrives to Istanbul 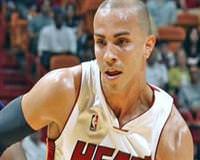 The Portuguese point guard, who played for the Miami heat and the Boston Celtics last season, will be joining the Beşiktaş Milangaz team in the Beko Basketball League.
Carlos Arroyo arrived from the United States to the Istanbul Atatürk Airport at midday, where he was greeted by Beşiktaş Club administrators and taken straight to Acıbadem hospital to undergo a medical check-up.
If Arroyo's license makes it on time, his first game with Beşiktaş may be this Saturday, December 31st, against Anadolu Efes.