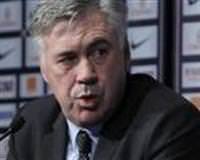 Paris St Germain displayed their ruthless ambition by appointing big-name coach Carlo Ancelotti as their new manager on Friday having parted with Antoine Kombouare despite the club lying top of the French league at the mid-season break.

PSG, who also want to recruit David Beckham as a player but say "nothing is signed", made the Ancelotti announcement at a news conference after days of speculation. Former player Claude Makelele will be the Italian's assistant.

"I think I can do good work here. We have all the conditions to succeed. I am delighted and very enthusiastic about this project," former AC Milan and Chelsea boss Ancelotti said.

Kombouare's position had come under intense scrutiny after the club's new Qatari owners bankrolled a close-season spending spree of around 85 million euros ($111.05 million).

Almost half of that was spent on Argentina international Javier Pastore from Palermo, whose sparkling early-season form tailed off as the club, who had made a strong start to the campaign, began to stutter at home and in Europe.

They suffered an embarrassing 3-0 league defeat to arch-rivals Olympique Marseille in November and were knocked out in the group stages of the Europa League, winning only three of their six matches.

However, they recovered in Ligue 1 to be top after 19 games but that was not enough to stop the owners and sporting director Leonardo from wielding the axe on unheralded former Valenciennes boss Kombouare who was in charge before May's takeover.

A more high-profile name such as Ancelotti fits better with their aim of turning PSG into one of Europe's top clubs, with their pursuit of marketing phenomenon Beckham another example of the huge ambition.

The club, only formed in 1970 as the French capital struggled to get a foothold in Europe's soccer map, won the last of their two national titles in 1994 and have one European Cup Winners' Cup to their name.

Ancelotti, who twice won the Champions League as coach of AC Milan, was sacked by Chelsea at the end of last term despite guiding the London club to a domestic league and cup double the season before.

The 52-year-old Italian had previously said he would like to stay in the Premier League, with reports saying he was eyeing the Tottenham Hotspur job if Harry Redknapp left at the end of the season to coach England.

However, he has been persuaded otherwise by Leonardo, who worked with Ancelotti at Milan as a director of football before replacing him as Rossoneri coach for the 2009/10 season.

Both played for Ancelotti for Chelsea and Milan respectively while Beckham, free after his Los Angeles Galaxy deal ran out, also played under him at the Italian side.

Ancelotti will witness a quick reunion with Milan when PSG take on the Serie A champions in a friendly in Dubai on Jan. 4 while they return to competitive action with a French Cup game against lower league Locmine on Jan. 8.

PSG's vast new wealth means they are set to make Ancelotti the best paid coach in Ligue 1 history and they are also considering rebuilding their Parc des Princes home or moving to the Stade de France.