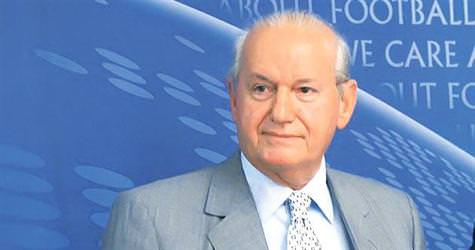 UEFA has not granted permission for their Vice-President Şenes Erzik, who was being pursued by Sports Minister Suat Kılıç, who first won over Turkey’s football clubs and then Erzik himself on the idea of him taking over the Turkish Football federation Presidency, during the ensuing chaos which followed Mehmet Ali Aydınlar's resignation.

Şenes Erzik, the Vice-President of the Union of Football Associations (UEFA) had expressed intentions of taking on the position of Turkish Football Federation (TFF) president, even if just temporarily, in order to bring a close to the ongoing crisis. Last night however, Erzik called Kılıç to explain that he will not be able to be a candidate.

Over the phone Erzik told Kılıç, "I spoke with UEFA and FIFA. They told me that due to my international responsibilities, they would not able to permit me to go ahead. I want to thank you very much for the support you have shown. However, unfortunately I will not be able to accept my candidacy."