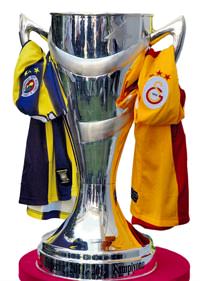 We asked SABAH columnists to tell us what they think about tomorrow night’s Fenerbahçe -Galatasaray game for the season championship.

Were you expecting a final like this at the start of the play-offs?

Metin Tekin: I was expecting both teams to lose points and for the championship to be made obvious prior to the final game. I wasn't expecting Galatasaray to lose at home to Fenerbahçe.

Gürcan Bilgiç: If Galatasaray had not lost the game on their own field, they would have been champions today. Meanwhile, for Fenerbahçe to only have one lost out of five games played is a great success.

Metin Tekin:If Galatasaray had not lost to Fenerbahçe this would have been way over. That game was the key game. Even if it had ended in a draw, they would have been four points ahead.

Ahmet Çakar: I wasn't expecting it to be left up to the final game. Galatasaray first three games in the play-offs were three of the best five games they played this season. Sometimes you just can't depend on figures and statistics when it comes to football.

Levent Tüzemen: Galatasaray did not use the opportunity they had in the game against Fenerbahçe in the Arena well. I said that day that the championship would be determined in the final week.

Ahmet Çakar: I agree with Levent. When Galatasaray lost that game to Fenerbahçe at home, they lost their confidence. For example, Fenerbahçe comfortably found their way out from a similar situation. You lose in a very poor game against Beşiktaş. Then you are in Trabzon for a very crucial game. They hit, fight, scream, throw stones, yet you don't let it break you and you win the game and come home. Fenerbahçe will have the psychological advantage on Saturday.