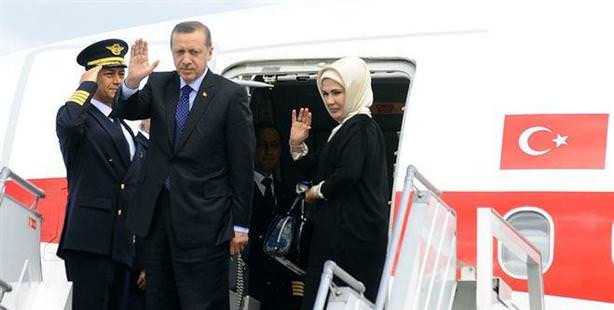 Erdoğan, who will soon be meeting with Rogge in London, the man who will be playing a key role in determining the hosts for the 2020 Olympics, states “We have the strength to host the Olympics.”

Prime Minister Recep Tayyip Erdoğan spoke from Ankara's Esenboğa Airport prior to his departure to attend the London Olympics. Erdoğan said, "I believe in our athletes and I trust in them. We will be returning from this Olympics with more medals than we ever have before."

Stating that he will be meeting with the chairman of the International Olympics Committee Jacques Rogge in London, Erdoğan explained that they have been working intensely on Turkey's candidacy to host the 2020 Olympics. Erdoğan went on to state, "There are three candidates at present, Istanbul, Tokyo and Madrid. We will be conducting intensive propaganda up until 2013. We want to win the 2020 Olympics for our Istanbul. Our geographical location, our weather conditions, infrastructure, quality of people, our dynamics, our equipment and our potential are sufficient to organize an Olympics of this scale. After certain nations dropped out, we also decided to take on the 2013 Mediterranean Games, which we will be holding in Mersin," says Erdoğan.

Erdoğan to meet with the Queen

Accompanied to London by Sports Minister Suat Kılıç, Minister of Justice Sadullah Ergin and Minister of Energy and Natural Resources Taner Yıldız, Erdoğan will also be attending a dinner at Buckingham Palace hosted by Queen Elizabeth II in honor of the visiting state and government leaders and their wives. Later, Prime Minister Erdoğan will be attending the opening ceremony for the London Olympics.