Turkey’s fairies of the hoop face-off against Croatia 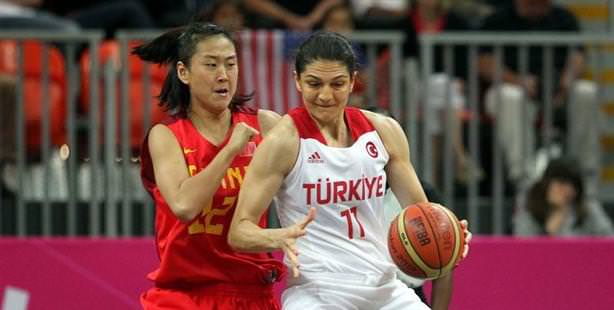 Turkey’s Women’s National Basketball Team, which is competing in the Olympics for the first time in history, is hoping to continue their success in their final game of the Group elimination round by securing a victory against Croatia tomorrow.

Tomorrow night's game kicks off at 22:00. Turkey's Women's National Basketball Team beat their first two rivals Angola and Czech Republic before suffering a loss against Group A leaders the United States. The 'fairies of the hoop' went on to beat Group second China, thereby securing their spot in the quarterfinals. Should Turkey's Women's basketball team beat Croatia tomorrow, they will then be taking the top second spot in Group A. Tomorrow, Turkey's group rivals Angola and Czech Republic also play as do China vs. America.

Turkey's Women's National Volleyball Team, aka the 'sultans of the net' face off against the United States tomorrow at Earl's Court at 22:00. After winning two games out of four played in the group elimination round, tomorrow Turkey plays against Group B's undefeated leader the United States.

Tomorrow's games will be crucial in determining the standings in Group B. Should Turkey beat the U.S. which leads the group with 12 points, they will secure their ticket to the quarter finals. If not, currently at six points and in fourth place, Turkey will have to await the outcome of the Brazil-Serbia match. Brazil will have to lose to Serbia, which has yet to win a game, in order for Turkey to have a chance to place fourth. Meanwhile, China and South Korea, both at seven points, will also be facing off tomorrow to determine the second place spot for Group B.