Turkey goes for the gold in taekwondo 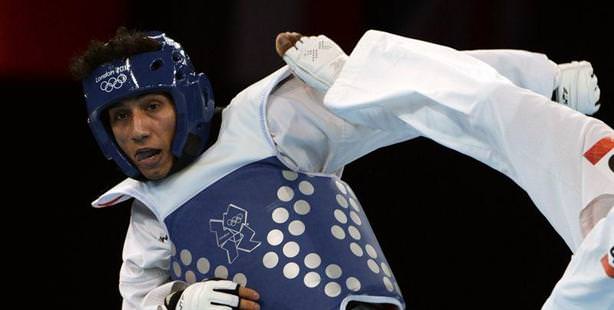 In Taekwando, Turkey’s Servet Tazegül is the top pick for the gold in the finals tonight at 22:30.

Servet Tazegül, Turkey's highest expectation for a gold medal in the 2012 London Olympics, has now secured his spot in the finals against Iranian contender Bagheri Motamed.

A former bronze medal winner in the 2008 Beijing Olympics and with European and World Championships on his belt, Servet Tazegül will be going for the gold tonight at 22:30.

Tazegül started off the day by eliminating the United States' Terrance Jennings by 8-6. Tazegül then went on to beat Ukrainian rival Hryhorii Husarov by 9-2 which placed him in the semi finals. He then went on to play England's Stamper Martin who he beat by 9-6, which has placed him in tonight's finals against Iran's Bagheri Motamed.