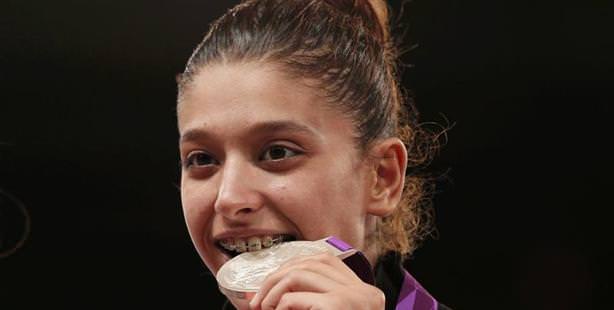 Our women's taekwondo welterweight contender Nur Tatar lost to South Korea's gold-medal winner Hwang Kyung Seon by 12-5 to secure the silver medal. Tatar's silver medal makes it five in total for Turkey with one gold and another silver in athletics won last night. Turkey's other gold medal was won by Servet Tazegül, who also won for men' s taekwondo. Riza Kayaalp won Turkey's first medal in this summer's London Olympics, which was a bronze in wrestling.


Nur Tatar, Turkey's sole female taekwondo contestant could not hold back her tears after winning the silver for the women's taekwondo welterweight 57-67kg event on Friday.

On Saturday Bahri Tanrikulu secured a spot in the quarterfinals for taekwondo by beating Greek rival Alexandros Nikolaidis by 7-2 in the 80+ category. Tanrikulu competes against South Korea's Dongmin Cha at 17:15.