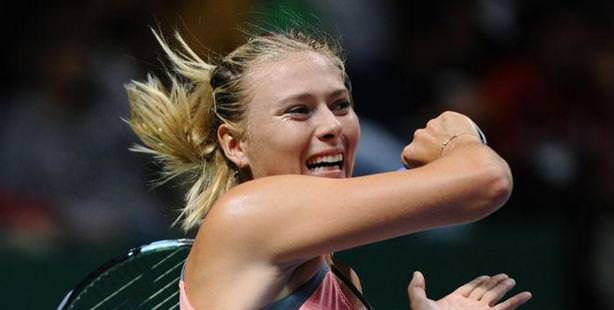 Istanbul is getting ready to host the second annual WTA Championships, which will see the season’s most successful women’s tennis players facing off for the ultimate trophy.

This year's TEB BNP Paribas WTA Championships will be held in Istanbul from October 23rd to the 28th. The drawing has already been held for the pairing of the eight best female tennis players in the world. In the white bag, we have Maria Sharapova, Agniezska Radwanska, Petra Kvitova, Sara Errani and in the red bag; Victoria Azarenka, Serena Williams, Angelique Kerber and Li Na. The matches for the 4.9 million dollar award-winning tournament will be held at the Sinan Erdem Sports Center in Istanbul.
The following is a short introduction of the top four players soon to compete in tennis in Istanbul:

MARIA SHARAPOVA
CONSTANTLY IN THE MEDIA'S EYE
The world's second best female tennis player Maria Sharapova, first rose to fame in 2004 when at the age of 17 she beat Serena Williams in the Wimbledon finals. From that day on she has been the apple of the media's eyes not only for her success in tennis but just as much for her stunning beauty. Injured in 2007, Sharapova made a full recovery in 2011.

VICTORIA AZARENKA
WORLD'S NUMBER ONE
Born in Belarus in 1989, Victoria Azarenka moved to America at the age of 16 in order to pursue her tennis career. In 2009, she became the top seventh tennis player and the next year she took a break to go to school. Her grandmother however convinced Azarenka to return to tennis and she has been in the rise ever since the 2011 Australia Open in which she beat Li Na. At this year's Australia Open Azarenka beat Maria Sharapova to become the world's number one female tennis player.

PETRA KVITOVA
LAST YEAR'S CHAMPION
By winning last year's Wimbledon Tennis Tournament, Petra Kvitova has become a name to watch out for. The 22 year-old was also the winner for the first WTA Championships held in Istanbul last year. At a height of 1.83 centimeters, the Czech player is best known for her strong serves.