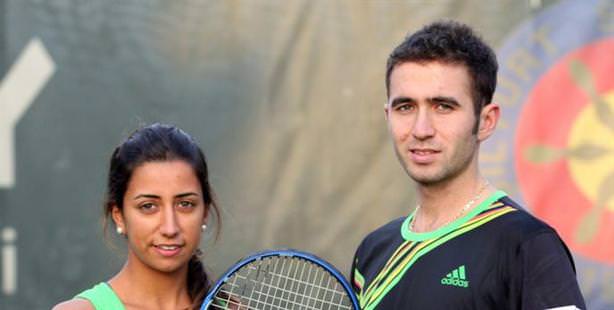 Top national tennis players Çağla Büyükakçay and Marsel İlhan have scored a double in the Australia Open, widely considered to be one of the four tennis tournaments in the world.

Supported individually by Turkcell, both Çağla Büyükakçay and Marsel İlhan are both showing signs of success at the Australia Open in the Women's and Men's Qualifying Singles, respectively.

Turkey's number one male tennis player Marsel İlhan, who is in 214th in the ATP Tour, has regularly succeeded in making it to the main draw in Grand Slams up until now. Thai contender Danai Udomchoke put up a strong fight in the second round; however with the 4-6, 6-3 and 6-1results, İlhan will be going into the third round of qualifying draws. If the national player makes it past this round, he will have won himself a spot in the main draw.

A great start from Çağla

Turkey's top female tennis contender Çağla Büyükakçay hit the courts for the first time today in the Australia Open Tennis Tournament. Büyükakçay was also faced with a competitor from Thailand, the world's 150th player Tamarine Tanasugarn. Our national player, who stands at 173rd place, may have lost the first set by 6-4, however she came back strong winning the second set by 6-2 and the final set, in what turned out to be an amazing game, by 10-8, securing his spot in the next round.

Çağla to play against Ukraine, Marsel against Belgium

Çağla Büyükakçay will be hitting the courts tomorrow to play the 1992-born Lyudmyla Kichenok from Ukraine, currently standing at 225th place. Marsel will be playing the 1988-born Ruben Bemelmans from Belgium, currently in 115th place for tomorrow's third round.