Fenerbahçe faces off against Viktoria Plzen for a quarterfinal spot 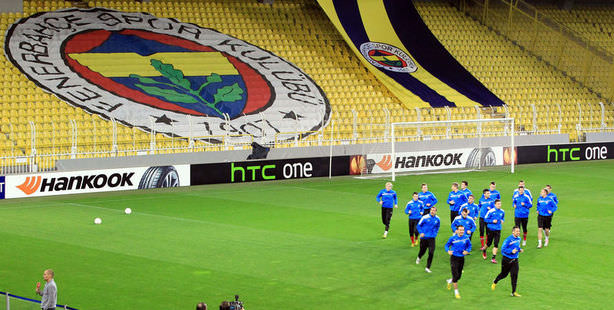 Fenerbahçe hosts Viktoria Plzen for the second-leg in the round of 16. Tonight’s winner on aggregates will move on to the UEFA Europa League quarter finals.

Fenerbahçe goes into tonight's Europa League game with a 1-0 advantage following their victory against Viktoria Plzen in the Czech Republic on March 7. The hosts will be lacking the backing of their supporting fans in the Şükrü Saracoğlu Stadium however due to a penalty incurred at last month's game against BATE Borisov. Although that match was also played in an empty stadium due to a previous penalty, fans parachuted in flares which disrupted the UEFA Europa League game.

This is the first time Fenerbahçe has qualified for the round of 16 in the UEFA Europa League, therefore every game played and victory won sets a new record of success for the club.

Although they kick-off with the advantage Fenerbahçe will be going all out to secure their spot in the quarterfinals despite the absence of injured Cameroon striker Pierre Webo, who scored the winning goal in the first-leg match, and defender Gökhan Gönül.

If Fenerbahçe wins the round tonight they will be part of a March 15th drawing to determine the quarterfinal contenders, which will then play on April 4.

German referee Manuel Grafe will be officiating the game, assisted by Markus Haecker and Holger Henschel, plus Mike Pickel as the fourth official. The match kicks off at 10:05 pm local time and will be broadcasted live on Star TV.