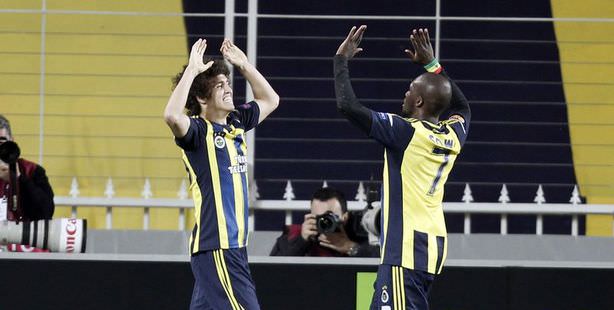 Fenerbahçe played a challenging game last night to an empty stadium; however the 1-1 draw secured a spot for the hosts in the UEFA Europa Cup quarterfinals with a 2-1 aggregate. This marks the first time-ever that Fenerbahçe has qualified for the Europa League finals.

Fenerbahçe was forced to play a closed-doors match in Şükrü Saraçoğlu Stadium last night, however refused to let the silence deter their attempt for a win. Fenerbahçe came into the game with a 1-0 advantage due to the sole-goal victory the team had in the Czech Republic last week. Fans were not allowed to attend the game due to a penalty incurred from a match the month prior with BATE Borisov. Although that game was also played to an empty stadium, due to a penalty for Fenerbahçe fans throwing items onto the field, the team's staunch supporters still managed to perpetuate the penalty when they parachuted in flares in the middle of the game.

After a series of attempts and strong handling of the ball by the hosts in the first half of the game, just before the whistle blew 19-year-old midfielder Salih Uçan scored his first goal ever with Fenerbahçe. Viktoria Plzen responded soon after the start of the second half with an equalizer by Vladimir Darida in the 60th minute. Once Plzen realized they still had a chance they went all out, turning the final 20 minutes of the game into a fierce competition. The 1-1 draw with Viktoria Plzen put Fenerbahçe through on a 2-1 aggregate from a narrow first-leg victory in the Czech Republic.