Galatasaray to seek a miracle tonight against Real Madrid in Istanbul 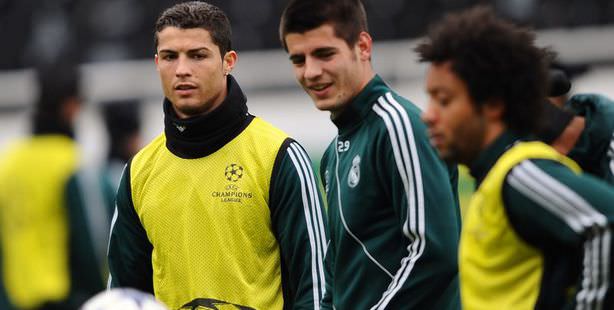 Didier Drogba and his Galatasaray team mates have a tough task when they try to overturn a 3-0 deficit against Real Madrid in the second leg of their Champions League quarter-final on Tuesday in Istanbul.

In Madrid last week, Galatasaray were taught "a good lesson" by the Spanish side, according to Drogba. "We're not at their level but I think it's a lack of experience more than anything else," Drogba told beIN Sport. "We're learning, we're a young team. There are things that need improving. It's a good lesson, and one we have to show we've learned well in the return leg. We wanted to contain Madrid but we could have done it in a different way, with more audacity and aggression. We could have caused them problems as we had chances but that's the way it is," he said.

Drogba, who won the title last season with Chelsea, will take some cheer from his performance in Saturday's domestic championship game against Mersin Idman Yurdu when he scored two second-half goals in a 3-1 win.

One of Galatasaray's biggest headaches is the absence of key striker Burak Yilmaz, who is suspended after picking up a yellow card in Madrid. Reports in Turkish media said on Friday that Galatasaray had applied to UEFA to have the yellow card annulled. Galatasaray will also be missing central defender Dany Nounkeu after his booking in Madrid ruled him out. Selcuk Inan, Felipe Melo, Albert Riera, Didier Drogba, Nordin Amrabat will all be playing on the card border and will miss next match if they receive a yellow card each tonight.

Frenchman Stéphane Lannoy will be refereeing tonight's match which kicks off at 21:45 and will be broadcasted live on Star TV.

In a news conference Galatasaray Technical Director Fatih Terim commended his players in getting this far but also said, "Anything is possible in football, however when you are playing against Real Madrid things are not so easy. Galatasaray will try everything. I am confident in the ambition and enthusiasm of my players. We have prepared ourselves for any kind of result. Our success this season shows we are going in the right direction. We will try to do even better next year. It also is not over yet," said Terim.

The technical director also lamented the loss of forward Burak Yılmaz, who up until just last week was vying for the 'goal king' title against Cristiano Ronaldo. "Burak Yılmaz will be absent from tomorrow's game, so we have lost one of the most important players in the Champions League," stated Terim.

Meanwhile, Real Madrid are coming off of a 5-1 victory at home to mid-table Levante on Saturday as coach Jose Mourinho left several top performers, including forward Cristiano Ronaldo, out of his starting lineup. Ronaldo came off the bench at halftime with Real leading 2-1 and netted his 29th goal of the La Liga campaign before setting up fellow substitute Mesut Ozil. Centre back Sergio Ramos and midfielder Xabi Alonso both played the full 90 minutes as they are suspended for tonight's game.

"It could be that we are in our best form of the season," Ronaldo, top scorer in the Champions League this season with nine goals, told reporters. "We have a complete squad with all the players available and that is very positive news."Commenting on tonight's game in Istanbul, he added: "It's a tough match and our passage to the next round is not yet assured. Three goals is a big lead but we have to go there and play and at least get one goal. We have to take things step by step, game by game, but I think we have a good chance of getting to the final," said Ronaldo.

While Sergio Ramos and Xabi Alonso will both be missing from tonight's game due to card penalizations, if Michael Essien is booked he will miss the first leg of the Champions League semifinals.

Despite their good form and healthy first-leg lead, Real Madrid Technical Director Jose Mourinho has cautioned his players against complacency. "There have been examples of teams losing the second leg 3-0 after a 3-0 victory in the first game so I warned my players to be careful ... to avoid any unpleasant outcomes," Mourinho said at a press conference on Monday. "During the meeting today we also discussed different attacking tactics as Galatasaray had switched from a four-man defence to three in the first game."

Galatasaray and their forward Didier Drogba, who won the trophy last season with Chelsea and enjoyed some of his best years when Mourinho coached the London club, face a tough ask but at least have a famously fervent crowd to count on. Mourinho said his players were looking forward to playing in front of "50,000 passionate fans" in Istanbul. "I won't go home happy if we lose tomorrow. Even if we get a result to qualify through losing, that won't make me happy. We came here with only one thing in mind and that is to win," he said.