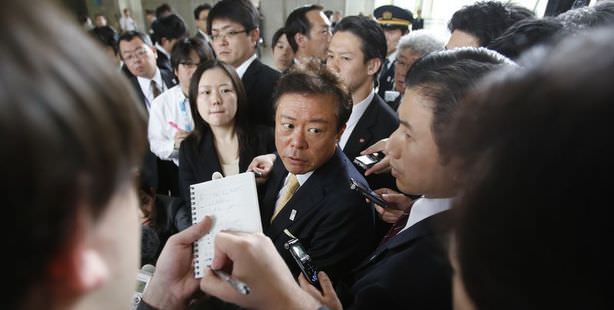 Tokyo's outspoken governor, Naoki Inose, who heads the city's bid for the 2020 Olympics, apologized on Tuesday for "inappropriate" comments he made about rival candidate Istanbul and Islamic countries. Admitting that he used expressions that may have been misunderstood, Inose said he would never criticize other candidate cities again.

In an interview with the New York Times, Tokyo Governor Naoki Inose stated, "Islamic countries, the only thing they share in common is Allah and they are fighting with each other, and they have classes." During the interview, Inose went on to criticize fellow rival candidate city Istanbul by stating "For the athletes, where will be the best place to be? Well, compare the two countries where they have yet to build infrastructure, very sophisticated facilities," he said.

The remarks prompted the International Olympic Committee (IOC) to investigate, while Turkey's sports minister Suat Kılıç said they were "unfair and disheartening" and "did not comply with the spirit of the values of the Olympic Movement". Inose's remarks sparked concern in Tokyo that it might affect the Japanese capital's bid for the Games as IOC rules ban candidates from making comments on fellow competitors. Tokyo had yet to respond to an email from the authority enquiring about the meaning of the remarks, a spokesman for the bid said. Although Inose chose to publicly respond and apology for his previous remarks, whether this will be deemed acceptable by the IOC has yet to be seen.

"I said that Islamic countries fight, it was an inappropriate remark and I want to correct it," Inose told reporters at the Tokyo Metropolitan Government building on Tuesday. He accepted that the New York Times story was correct, adding that he would not seek a correction from the paper. "I apologize. My remarks caused misunderstandings among people from Muslim countries, so I would like to unequivocally apologize. If my remarks (on Istanbul) caused any misunderstanding I would like to apologize for them," said Inose, adding that it was a "good experience" and he now understood where the "lines are drawn". "I want to keep campaigning strictly in accordance with the IOC rules that one should not criticize other cities," he said. "From now on I will campaign along these proper guidelines with respect to other cities' bids so that such incidents don't happen anymore."

Tokyo is competing with Istanbul and Madrid to hold the Olympics for a second time after becoming the first Asian city to host the multi-sport event in 1964. Istanbul is bidding for a fifth time after its previous campaigns were unsuccessful. The hosts for the 2020 Games will be decided at the next IOC Session in Argentina in September.