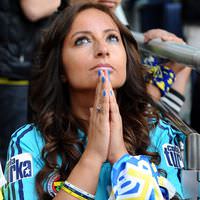 Yesterday the "Derby of Two Continents" was played in Istanbul.

The Derby on Two Continents, one of the largest derbies in the world, was played yesterday in Istanbul. The derby was of two age-old arch rivals and Istanbul's mega teams Fenerbahçe and Galatasaray.

Galatasaray went into the derby with the league title already in hand, while Fenerbahçe entered in need of a victory to guarantee Champions League qualification.

The game lived up to expectations and after a neck and neck game the final score was 2-1 favoring the Kadıköy home side, Fenerbahçe. At the final whistle both squads celebrated the results with the hosting side, Fenerbahçe celebrating their 3-point advantage with one game remaining over the 3rd Istanbul giant side Beşiktaş in the race for Champions League qualifications. While Galatasaray celebrated the already won title race reminiscent of last year's victory at their rival's stadium.

Celebrations for both teams took place throughout the different neighborhoods of Istanbul as fans were seen everywhere taking to the streets before and after the game.

The evening of jubilation ended with a sour twist however as 19-year-old Fenerbahçe fan Burak Yıldırım was stabbed to death over a team-based confrontation while returning home.
Last Update: May 13, 2013 4:56 pm
RELATED TOPICS