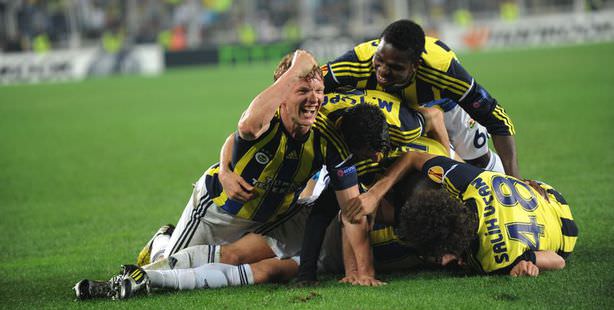 The two leading Turkish football clubs will not be eligible to compete in European tournaments, Fenerbahçe for the next two years, with a possible 1-year addition if it is fined again over a five-year period and Beşiktaş for one year.

The administrative body for European football announced its decision on Tuesday concerning sanctions on two Turkish clubs, Fenerbahçe and Beşiktaş, on charges of match-fixing during the 2010-2011 season.

The Yellow Canaries have been handed a three year ban from European competitions by the UEFA. Meanwhile, An Istanbul court has decided to suspend Fenerbahçe's Chairman Aziz Yıldırım as it hears a case against him brought by the team's former Chairman calling for Yıldırım's dismissal since his club membership must have expired by law after he was convicted of match-fixing charges.

According to the UEFA decision, Beşiktaş will also not be able to participate in the 2013/14 UEFA Europa League, for which the club would otherwise qualify. The Black Eagles finished the Turkish league third this season, right after champions Galatasaray and runners-up Fenerbahçe. The first two teams are eligible for participation in the Champions League, while the third team and the winner of the Turkish Cup qualify for the Europa League competition.

The decision comes as a result of match-fixing charges that Serdar Adalı, a former Beşiktaş executive, and Tayfur Havutçu, the club's ex-coach, were convicted of last year. Both men were sentenced to one year and three months in prison for influencing the outcome of 2011 Turkish Cup final match between Beşiktaş and Istanbul Büyükşehir Belediyespor. The decision is subject to appeal at UEFA Appeals Body and further at internationally recognized Court of Arbitration for Sport (CAS). Both teams said they would appeal.

Fenerbahçe's effective ban currently stands at two years, but if sanctioned again by the UEFA during the next five years, the club will receive an additional one-year ban. UEFA said in its decision that the case for the individuals from both clubs charged for match-fixing would be considered in light of further information. Fenerbahçe's Chairman Aziz Yıldırım, as well as two executive board members, was suspended Tuesday after an Istanbul court decided it needs time to ascertain their status as club members following the match-fixing charges they were convicted of last year.