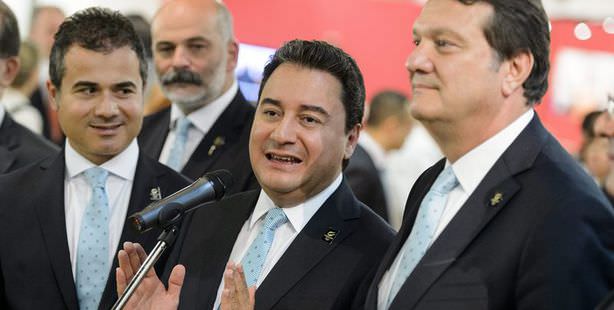 A Turkish delegation, including Deputy Prime Minister Babacan and Sports Minister Kılıç, briefed the International Olympics Committee (IOC) in Switzerland on Wednesday on its technical preparations for Istanbul’s bid to host the 2020 Olympic Games.

Babacan said Turkey's briefing for Istanbul's bid to host the 2020 Summer Olympic Games at the "2020 Candidate Cities Briefing" in Lausanne, Switzerland was successful. "The technical presentation was very good in general. My impression is that the International Olympics Committee (IOC) members were pleased by our presentation," Babacan told reporters after the presentation to the Olympic committee members. Babacan declined to comment on issues discussed during the presentation citing their confidentiality. "Sportsmen and sportswomen also accompanied us alongside our technical delegation. I believe we are well prepared to host the 2020 Olympics." Babacan also stated the Turkish delegation emphasized at every opportunity during Wednesday's meeting that Turkey has successfully hosted many events including the Mediterranean Games.

On August 13, 2011, Turkey announced Istanbul's bid to host the 2020 Olympics, for a fifth time after already bidding to host the 2000, 2004, 2008 and 2012 summer games. On May 23, 2012, the IOC accepted Istanbul's candidacy along with Tokyo and Madrid. The IOC's Evaluation Commission (EC) visited all three cities and presented its observation report on June 25 to the IOC. The city to host the 2020 Olympics will be selected on September 7 at the 125th session of the IOC in Buenos Aires, Argentina.