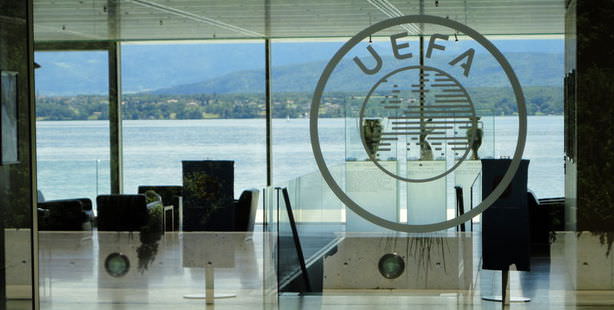 After receiving bans by UEFA late last month for match-fixing charges, this week officials from both Fenerbahçe and Beşiktaş testified to the European football’s governing body in Nyon, Switzerland as part of an appeal against the bans issued for competing in European leagues.

In late June, UEFA, the administrative body for European football, announced a decision to issue sanctions against two of Turkey's leading football clubs, Fenerbahçe and Beşiktaş, on charges for match-fixing during the 2010-2011 season. Fenerbahçe was handed a ban of two years from competing for European titles, but if sanctioned again by UEFA during the next five years, the club will receive an additional one-year ban. Also according to the UEFA decision, Beşiktaş will not be able to participate in the 2013-14 UEFA Europa League, for which the club would otherwise qualify.

Fenerbahçe Chairman Aziz Yildirim provided a five-hour testimony to the UEFA's Arbitration Board at the governing body's headquarters in Nyon, Switzerland earlier in the week, followed by Beşiktaş's testimony which was stated to have lasted a total seven hours. Beşiktaş Club Chairman Fikret Orman told reporters after their testimony that they felt good about the defense they provided, however he said, "only time will tell."

The final decision by UEFA is expected to be made at the start of next week. Sports experts say there is a chance that Beşiktaş's sanctions may be lifted altogether. According to information obtained, Fenerbahçe plans to apply to the Court of Arbitration of Sport (CAS) as a last resort if their appeal with UEFA is not upheld.