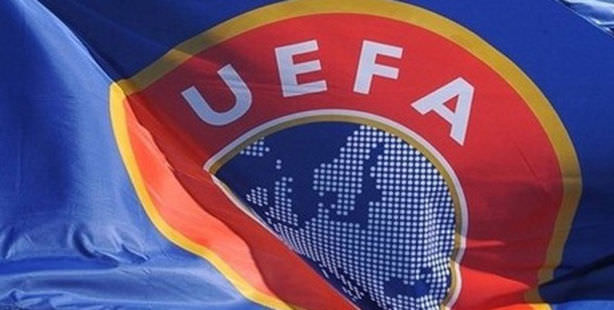 UEFA confirmed on Monday that Fenerbahçe is banned from participating in European cups for two years and Beşiktaş for one year.

The UEFA Control and Disciplinary Body (CDB) announced its final ruling on the disciplinary proceedings relating to Fenerbahçe SK , Beşiktaş JK on Monday, affirming that Fenerbahçe will not be allowed to participate in European cups for two years and Beşiktaş for one year.

The UEFA CDB released a statement announcing its final decision concerning sanctions on the two Turkish clubs, Fenerbahçe and Beşiktaş, on charges of match-fixing during the 2010-2011 season.

In its statement, the CDB said they had carefully analyzed Fenerbahçe and Beşiktaş's situation and reminded that Beşiktaş would not be eligible to participate in the 2013/14 UEFA Europa League, which it had otherwise qualified for and Fenerbahçe would not be allowed to participate in European titles for two years and a possible third year sanction which was deferred for a probationary period of five years.

Beşiktaş goes to Court of Arbitration for Sport

Beşiktaş will go to the Court of Arbitration for Sport (CAS) after their one-year ban was reaffirmed by UEFA on Monday.

Beşiktaş Board Member Melih Sami Esen stated later on Monday that they would go to the court before the UEFA cup draw, adding, "This was a heavy decision. We will do our best to defend Beşiktaş. This decision may be juridical, however not every decision is fair."
.
SABAH and Agencies