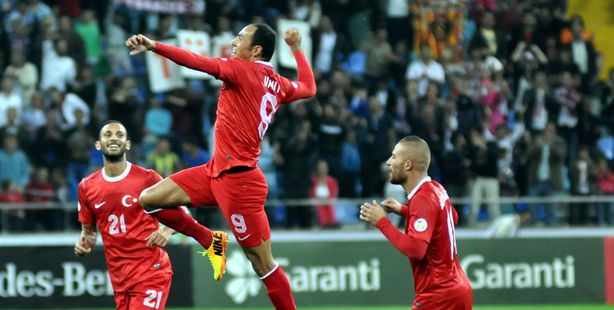 To qualify for the finals in Brazil, Turkey needs to win all of their remaining three matches and hope for a specific set of results from its neighbors in Group D. However, last night's results in the other Group D qualifiers and specifically Romania losing to Hungary is a step in the right direction.

The team's chances are considered slim, even though the tide may have been turned with the coming of new coach Faith Terim, who made his debut in the Andorra match, following lackluster results with only seven points in the last six games.