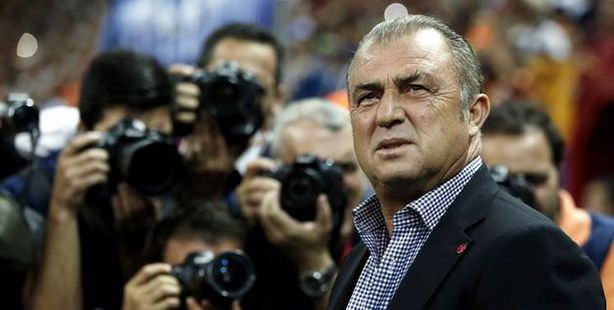 Galatasaray announced on Tuesday after a board meeting that they have decided to terminate coach Fatih Terim's contract after he declined to accept a proposed two-year extension to his term as technical director to the Super League's reigning champions. The announcement, released on the Galatasaray website, eluded to recent developments which they said was starting to damage the club's "values" and therefore in an attempt to protect their interests they have decided unanimously to end Terim's contract. The statement also stated that the club will be honored by their veteran coach's success with the national team.

Last month, Terim signed on as coach of Turkey's national team for their remaining 2014 World Cup qualifiers, a position he took on while remaining the coach of Galatasaray.

Reigning champions Galatasaray have had a disappointing start to the season. They are in tenth place in the Super League and suffered a humiliating 6-1 defeat at home against Real Madrid in their first game in Group B for the Champions League qualification round a week ago Tuesday. On Sunday, Galatasaray was leading 2-1 in a derby game against Beşiktaş that was cut short when hundreds of fans stormed the field.

Fatih Terim is widely considered to be the most successful coach in Turkish history. Regularly referred to as the 'Emperor', this was Terim's third stint with Galatasaray, which he has led to six Turkish league titles as well as the UEFA Cup championship in 2000, making him the country's most decorated coach. This is also Terim's third time hosting the Turkish National team after taking the helm from 1993 to1996 and then again from 2005-2009.

Terim's assistants and former Galatasaray footballers Ümit Davala and Hasan Şaş have also resigned from their post following the news of Terim's departure.

Many names are being thrown around by the global press as potential replacements for Fatih Terim including, Italian Roberto Mancini, Germans Jupp Heynckes, Joachim Löw, Beligian Eric Gerets, Frenchman Didier Deschamps, as well as veteran Mustafa Denizli, however it is still unclear who will lead the team in their Sept. 28 league game against Çaykur Rizespor. On October 2, Galatasaray face off against Juventus in an away game for their second Champions' League group stage qualifier this season.