Galatasaray and Fenerbahçe gear up for high-pressure derby 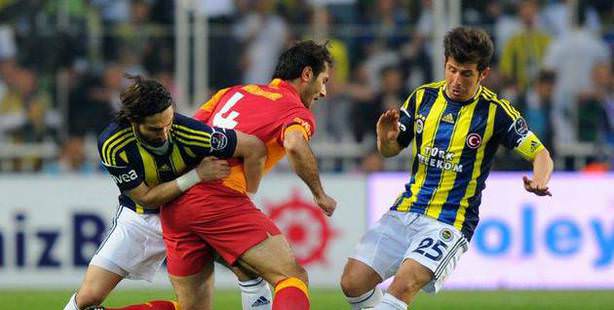 Fenerbahçe hosts archrivals Galatasaray on Sunday at the Şükrü Saracoğlu Stadium for a highly anticipated derby pitting the current league leaders against the reigning league champions.

The pressure is on for this Sunday's highly anticipated derby between reigning champions Galatasaray and their archrivals and current league leaders Fenerbahçe in Kadıköy. Tickets have already sold out for the Şükrü Saracoğlu Stadium, which will see Galatasaray, which is suffering from a number of important missing players due to injuries, strive to earn three points in their league campaign in which they currently stand in fourth place. Meanwhile, Fenerbahçe Coach Ersun Yanal underwent a surprising angiography operation on Friday.

Fenerbahçe's Technical Director Ersun Yanal was admitted to the Okmeydanı Memorial Hospital on Friday after experience pressure in his chest. A check-up revealed 70 percent blockages in two vessels resulting in Yanal undergoing a minor stent-placing coronary operation. Fenerbahçe Club President Aziz Yıldırım, Yanal's assistant İsmail Kartal, Fenerbahçe Administrative Manager Hasan Çetinkaya as well as footballers Volkan Demirel and Mehmet Topuz visited the coach in the hospital, while Galatasaray released a 'get well' statement on its official website. Yanal was released on Saturday and will be in the dugout on Sunday's derby.

Sunday's game, which will kick-off at seven p.m., will have Fenerbahçe aiming to maintain their leadership position in the Spor Toto Super League and their winning streak in home derbies. The last time Fenerbahçe suffered a loss at home in a derby was back in 1999. Fenerbahçe currently stands in first place with 25 points, while Galatasaray, which is tied with Sivasspor at 19 points, currently stands in fourth place based on averages.

While Alper Potuk will be absent from the game on the home side due to a card penalty, Galatasaray will be missing a number of key players in Sunday's game. In addition to Hamit Altıntop, who is out long-term on an injury, goalkeeper Fernando Muslera and Wesley Sneijder will also be missing from Sunday's derby due to injuries. Galatasaray players Gökhan Zan and goalkeeper Ufuk Ceylan are also suffering injuries.

With two goalkeepers out in Galatasaray, young goalkeeper Eray İşcan will be guarding the post. İşcan played a disappointing 1-0 loss to FC Copenhagen in Galatasaray's Champions League campaign, after having only marked up 100 total minutes of play time in the Turkish league. Sunday's game will also be the team's Italian coach Roberto Mancini's debut derby at the helm of Galatasaray.

Both teams' forwards are expected to stand out on Sunday. Galatasaray's legendary player Didier Drogba, who has scored nine goals this season in official games, with one against Fenerbahçe in the Super Cup, will be their greatest weapon. Fenerbahçe has Kuyt, Sow ve Webo on their sides, each of which have scored against Galatasaray in the past. Kuyt and Sow have five goals each this season, while Webo and Ermenika have recorded four goals each.