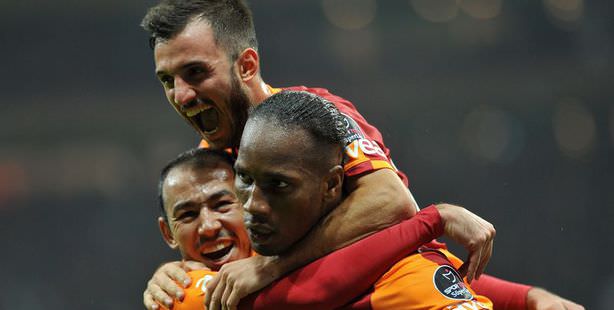 Galatasaray face a tough away match against their Group B contenders Real Madrid for the Champions League.

Galatasaray play an away game against Real Madrid in the Santiago Bernabeu Stadium on Wednesday for their second-to-last Champions League group stage trial to secure a spot in the final 16.

Real Madrid leads the group at ten points and Galatasaray follows in second place with four points. Returning to face Real Madrid after a 6-1 loss at home in their first Champions league game, Galatasaray is still hopeful to finish the group stage qualifying round for the Champions League in second place. All Real Madrid needs is a single point from tonight's game to secure their top spot in Group B. FC Copenhagen is in third place and tied with Galatasaray at four points, while Juventus trails with three points. On December 10, Galatasaray's hosts its final game in their Group B bid against Juventus, who hosts Copenhagen tonight.

Real Madrid will not have Cristiano Ronaldo tonight as the team has nearly guaranteed their position at the tops of the standings. Galatasaray on the other hand is suffering a series of losses with Mancini possibly being forced to exclude goalkeeper Fernando Muslera and Wesley Snejder with Aykut Erçetin, Engin Baytar, Aydın Yılmaz and Yekta Kurtuluş out.

In a press conference held before the team's final training session before Wednesday night's game, Italian Coach Roberto Mancini was cautious. Playing in Bernabeu Stadium is amazing, said Mancini, adding that it is a place where you experience moments you will never forget for the rest of your life. "It is mathematics. This doesn't change if we lose or if we take one point tomorrow. In my opinion, the last game will be the key game against Juventus," Mancini told reporters. "You should never say never even if it is difficult in football. Anything can happen and we will try to play a good game and try to win if it's possible. We know that it will be difficult but we want to try," said Coach Mancini ahead of the Real Madrid face off. Mancini, who also celebrates his 49th birthday on Wednesday, also said that he does not want to take risks with Wesley Snejder, who is not 100 percent but shared the hope that goalkeeper Fernando Muslera may return to his post.

Kickoff is at 9:45 p.m. and Scottish referee William Collum will be overseeing the game.