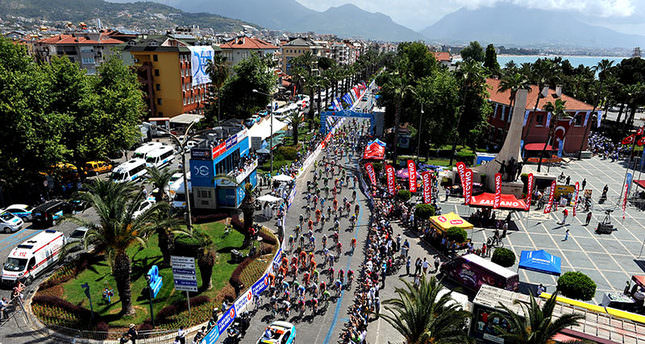 Known as the "fastest man on two wheels," British world champion Mark Cavendish is taking part in the tour for the first time in his career.

The tour features a course comprising some of the country's beauteous Mediterranean and Aegean coastal towns including Marmaris, Finike, Bodrum, Kuşadası, Alanya and Fethiye.

The last stage of the tour will be run in Istanbul, which will follow a course that connects Europe and Asia through the Bosphorus Bridge, making it the only international cycling race linking two continents.

The Tour of Turkey will end on May 4.

First organized in 1965 under the name Marmara Cycling Tour, the tour has emerged as one of the occasions to showcase Turkey's natural beauty and has been live-broadcasted by domestic and foreign TV channels since 2009. 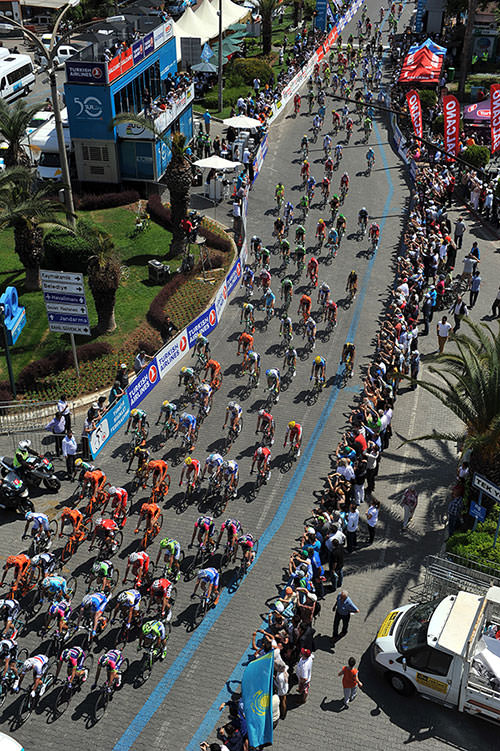