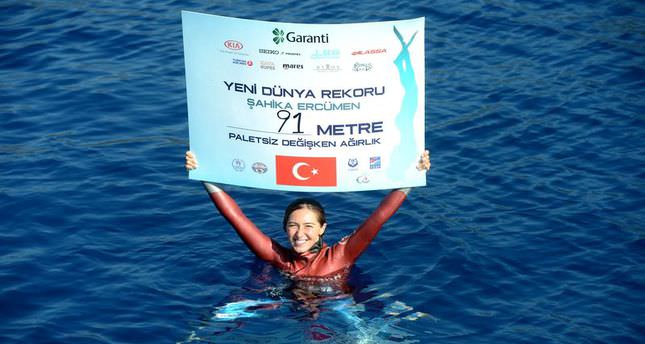 Ercümen, who completed her dive in two minutes and 49 seconds was accompanied by a team of 27 people including referees from the World Underwater Foundation and Middle Eastern Technical University Underwater Sports Club.

Expressing her joy when she came to the surface, Ercüman opened a poster saying "Let Gaza breathe" and stated that she attributes her record to the people of Gaza.

In response to questions, record breaking athlete has expressed that she will try to break new records and she is planning to dive 100 meters deep next year on the 100th commemoration of Çanakkale Victory. She stated that she will need some time to prepare and thanked everyone for their support.