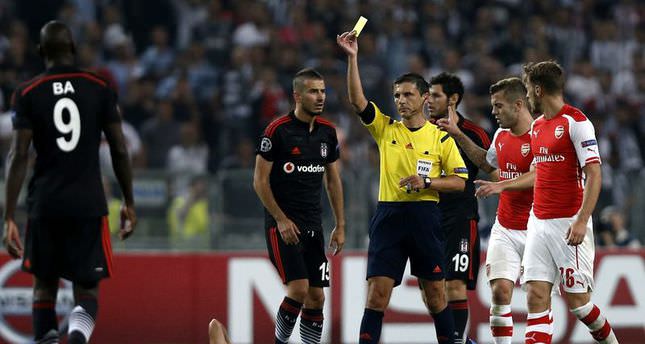 by AA Aug 19, 2014 12:00 am
Turkish club Beşiktaş drew 0-0 at home with English Premier League side Arsenal in the first leg of their UEFA Champions League play-off tie on Tuesday.

The Istanbul team found many chances to score during the first half while Arsenal tried to hit on counter attacks.

Besiktas' Senegalese forward Demba Ba nearly found the net straight from the kick-off but the ball hit the cross-bar.

In the early minutes of the second half, Beşiktaş was again very close to score the leading goal, but Turkish midfielder Olcay Şahan's drive went off target.

In the remaining time, neither sides could change the score, and the game ended as a goalless draw. Return match will be played at Emirates Stadium on August 27 in London.