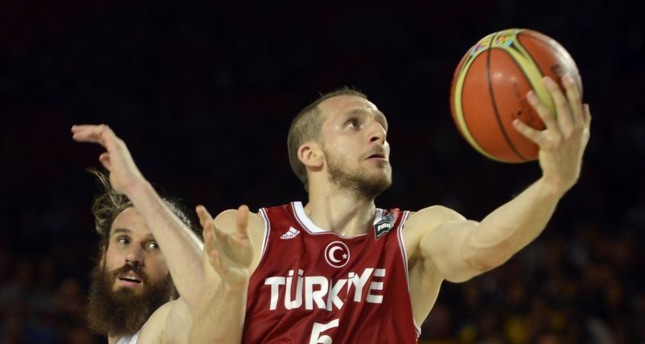 by AA Aug 30, 2014 12:00 am
Turkish national basketball team started the 2014 FIBA Basketball World Cup in style after beating New Zealand 76-73 in Group C game in the Spanish city of Bilbao on Saturday.

New Zealand -- nicknamed 'Tall Blacks' -- were the dominating side in the first half of the game which saw the Oceanian side grasping a double-digit lead at the end of the second quarter: 38-28.

The third quarter witnessed a Turkish comeback which culminated in a 73-76 victory for the 2010 runners-up.

Turkish center Oguz Savas was the top scorer for his team with 16 points, while his teammate Emir Preldzic completed the game with 14 points, six rebounds and three assists.

Turkey are to face the tournament favourites USA on Sunday at 21.30CET.