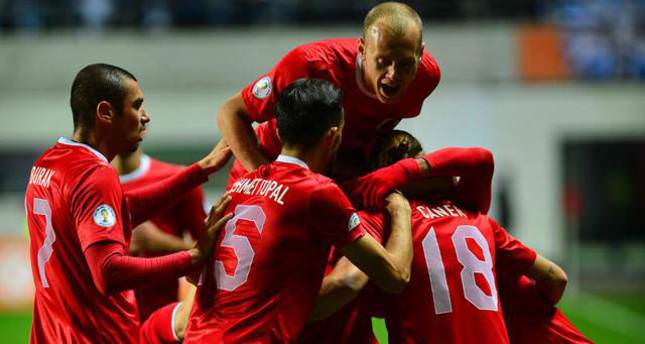 by AA Aug 30, 2014 12:00 am
Turkish national football team coach Fatih Terim has unveiled his 24-men squad for Turkey's first match in the UEFA Euro 2016 Qualifiers Group A against Iceland.

One notable absentee is Fenerbahçe goalkeeper Volkan Demirel, who recently received a three-match ban and $8,000 fine over his verbal attack against Galatasaray midfielder Felipe Melo in the aftermath of a derby game between the two archrivals.

Demirel, who was involved in an incident with Melo during the game, told Fenerbahçe club channel: "[The] city council should poison stray dogs otherwise I'll do it myself."

Demirel's remark was in reference to Melo's nickname, 'the Pitbull.'

Prior to their qualifying round opener against Iceland on September 9, Turkey will play a friendly game against Denmark on September 3.

The squad is as follows: