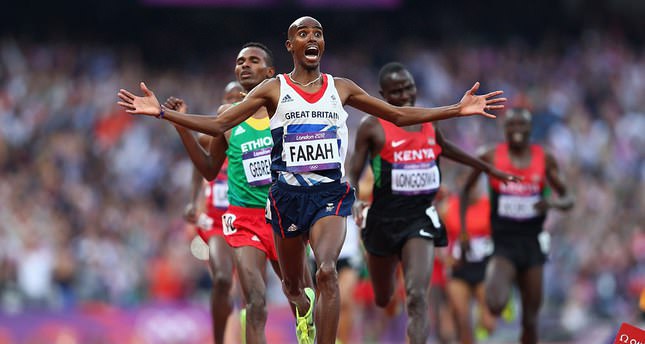 by Sep 07, 2014 12:00 am
British track great Mo Farah became the first home runner to win the men's Great North Run race since Steve Kenyon in 1985 as he won a thrilling duel with Kenyan and former training partner Mike Kigen in Newcastle on Sunday. The 31-year-old 5,000 and 10,000 metres Olympic champion - second last year to Ethiopian legend Kenenisa Bekele in the race - had been content to play second fiddle to Kigen throughout most of the race as they set a pace which proved too much for Ethiopia's Olympic and world marathon champion Steven Kiprotich and his compatriot Tariku Bekele.

However, Farah, who missed the Commonwealth Games earlier this year because of a poisoned tooth but bounced back to win dual gold at the European Championships, went to the front as they entered the last kilometre and although Kigen tried to come back at him he had enough left in the tank to hold on.