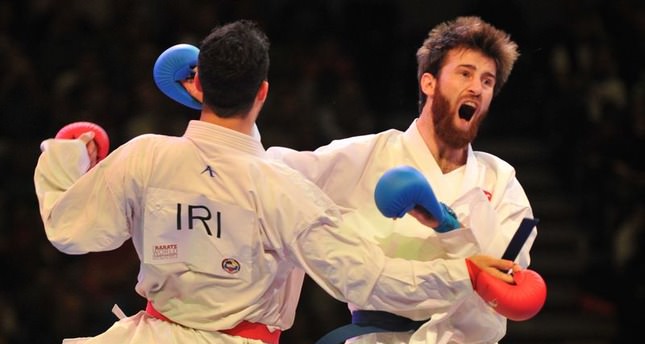 Erkan, the defending world champion of Paris 2012 and the European champion from Budapest 2013 in individual categories, won 5 to 4 against Iranian Sajad Ganjzadeh.

Separately, another Turkish karateka Gokhan Gunduz won the bronze medal in the 84 kilograms after winning 3 to 0 against Germany's Mehmet Bolat.

More than 1,000 athletes from 107 nations are competing in the 22nd World Senior Championships in Bremen, Germany.